WHAT IT'S ALL ABOUT 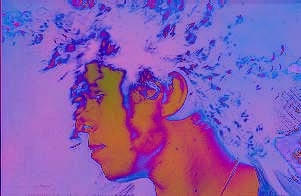 Since then things have gone through the roof and to this day Dan has recorded and performed with some of the greatest recording artists of our time. He has worked in and played sold out concerts in Los Angeles, New York, Las Vegas, London, Paris, Tokyo, Berlin, Hamburg, Stockholm and Zurich as well as many other places in America, Europe, Asia and Africa. A charismatic performer, Dan is equally prolific as a recording artist. He has released 3 solo albums - "Devotion" in 2004, "Evolution" in 2001 and "Spacefunk" in 1998, featuring jazz great and Janet Jackson's musical director Patrice Rushen, members of James Brown, Herbie Hancock and others. They have all been embraced with global airplay and fans far and wide. Dan composed and produced music for film and television in Hollywood and as a producer for artists and companies he racked up credits worldwide.

Watch for Dan Farrow's next CD to be released soon!